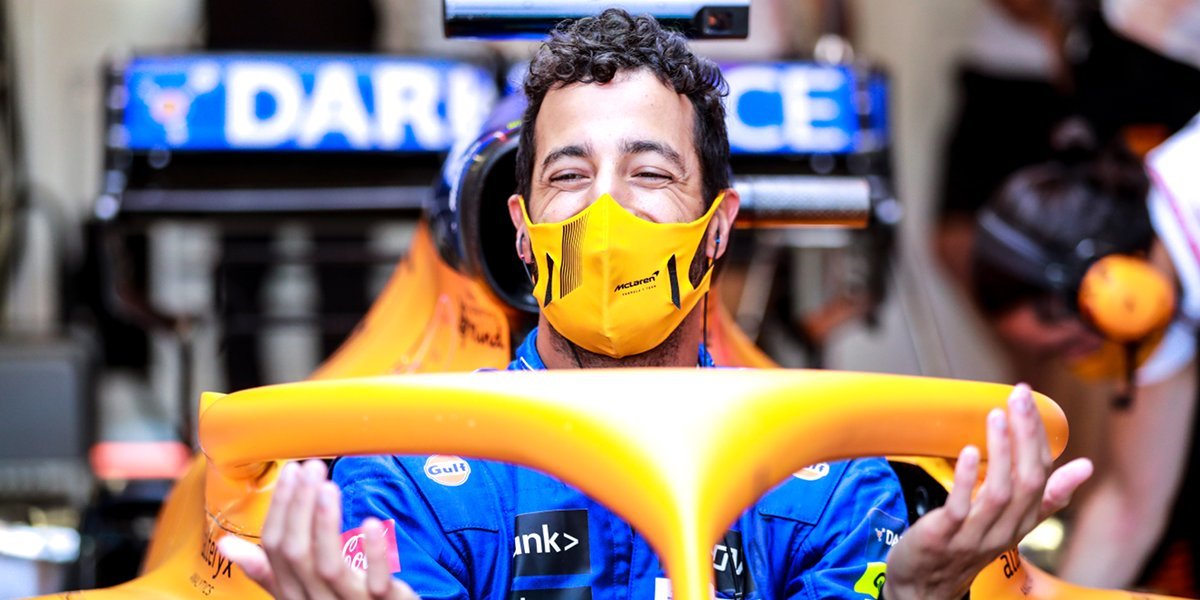 McLaren Racing has a track record of forming valuable and innovative partnerships. Without these partnerships and the web of organisations that make up our supply chain, it’s unlikely we could be where we are today.

Figure 1: The origins of the different components of McLaren’s 2021 car

Each component of the McLaren Formula 1 car – engine, tyres, brakes, suspension – has a long and complicated backstory, from the R&D labs where it was conceived, to the factory floor on which it was manufactured, to transport and logistics getting it to where it needs to be.

Looking at the entire organisation, the situation is even more complex. IT hardware and software, telemetry, and data analysis tools, each represent a critical component to McLaren Racing’s ecosystem. Without it, we couldn’t function at the top of our game.

But from a security perspective, each of these represent a potential chink in the team’s defensive armour, against a backdrop of a cyber-threat landscape which becomes more hostile every year. As we’ve seen this year from the likes of the SolarWinds hack and the Kaseya software exploit, attackers are waking up to the fact that the supply chain represents a significant opportunity.

A single supplier may represent a point of entry into thousands of organisations. For cyber-criminals, this means one successful compromise can result in more access, more data, and ultimately greater profit.

McLaren Racing is all too aware of recent shifts in the cyber security landscape. A successful cyber-attack on our organisation could have implications on race-day performance, as well as our wider reputation. Last year, we brought in a new line of defence with Darktrace’s Self-Learning AI technology, that learns our business from the ground up, and interrupts subtle and fast-moving cyber-threats wherever they emerge – including from our supply chain.

Threat find: Attacking through the inbox

In this attack, 12 employees were targeted in a systematic phishing attack, receiving an email from a long-established team supplier, notifying them that a voicemail had been left for them.

Figure 2: An extract of the phishing email coaxing the recipient to click

The link to play the voicemail led to a legitimate-looking voicemail service site.

When following the link to access the message, the site requested Office 365 credentials to authenticate the user, designed to harvest the McLaren Racing credentials that could be used to access our environment.

Of the 12 recipients, several key people within our team were targeted, including technical directors and purchase ledgers. The attackers behind this phishing campaign no doubt hand-picked these individuals both due to their authorization powers and the likelihood their accounts had access to sensitive data.

Had these accounts been compromised, the attackers would have had access to some of the highest sensitivity of intellectual property, finance information and executive level strategy within racing.

Darktrace’s email security technology, Antigena Email, assessed the content of these emails as they were delivered, and identified several unusual indicators of attack. While it recognised that the account was one familiar to McLaren, it compared this attack with previous emails sent from the supplier and recognised several risk indicators. Darktrace Antigena autonomously took the decision to hold the email from being delivered to users’ mailboxes.

Legitimate communication between our team and the supplier was still flowing uninterrupted, as Darktrace Antigena was assessing each email’s indicators for risk. The following day, the supplier’s account manager in our team received an email from the supplier in question, informing them that one of their accounts had been compromised and was used to send phishing emails to some of their customers. This confirmed that Antigena Email had correctly identified the email as malicious.

Traditional email security tools rely on historical attack data to determine friend from foe, but this is only effective in cases where an email domain or a malicious URL has been previously encountered. In this case, traditional filtering allowed the email through. Only by having Darktrace’s understanding of ‘self’ and Autonomous Response was McLaren able to avoid exposure to risk on this occasion.

This is reflective of a wider pattern noticed by the security team. Darktrace determines that around 40% of emails going through Antigena Email would have been detected by our other security tools, suggesting that Darktrace is detecting an extra 60% of malicious emails and taking action to ensure we are protected 24/7.

This was just one example of an attempted attack on McLaren through the inbox. On another occasion, Antigena Email identified an email that was attempting to impersonate a sponsor. The email in question was requesting that a senior McLaren Racing figure reset their password and contained a suspicious link that led to a credential harvester. Again, Antigena took action on the emails at time of delivery, and our internal cyber team never had to respond to what could have been a serious incident. It’s through Darktrace taking autonomous action like this on a daily basis that we are able to focus our time on higher-value, strategic work, driving success for the wider team.

Why the supply chain demands a new approach to security

In today’s digitised world, it is impossible to operate as a fluid, dynamic organisation without interacting with suppliers and partners at every digital layer: from email, to file sharing services and technology partners delivered through the cloud. As McLaren grows and works with leading global organisations to improve its performance, its supply chain ecosystem will only get broader.

Attackers are targeting suppliers because they represent a single key that opens potentially dozens or even hundreds of locks, and email is just one avenue of attack. By partnering with Darktrace, McLaren experiences the value of self-learning protection on a daily basis, across its email systems, cloud services, and corporate network.

Whether it’s email or some other form of communication from a supplier, you cannot assume you know who’s on the other side of the keyboard. This is what so many existing security defences do – with static rules and signatures unable to truly tell friend from foe and reveal account takeovers and compromised systems. Modern organisations need a solution that is able to identify potentially malicious activity from suppliers by analysing a broad range of indicators and revealing subtle deviations that indicate threat, and this is where Self-Learning AI shines. 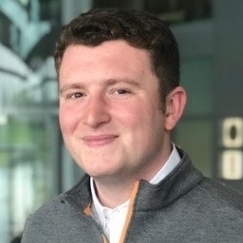 Ed Green works in the Architecture practice within the Information Technology function at McLaren Technology Group, as well as being responsible for the successful integration of their Technology Partners into the McLaren ecosystem. Ed joined McLaren in March 2018 after spending 5 years working for Block Solutions, a specialist network consultancy. In previous roles, he led the Consultancy division at a UK Solution Integrator operating across the public, enterprise, and commercial sectors. Ed has driven innovative engagements with organisations such as Harrods, intu, The Francis Crick Institute, and Barts Health NHS Trust. He has also spent seven years on the council at Great Ormond Street Hospital representing the views of patients at a Board level, and he continues his work at the Hospital School as a Governor and supports the school with STEM initiatives. 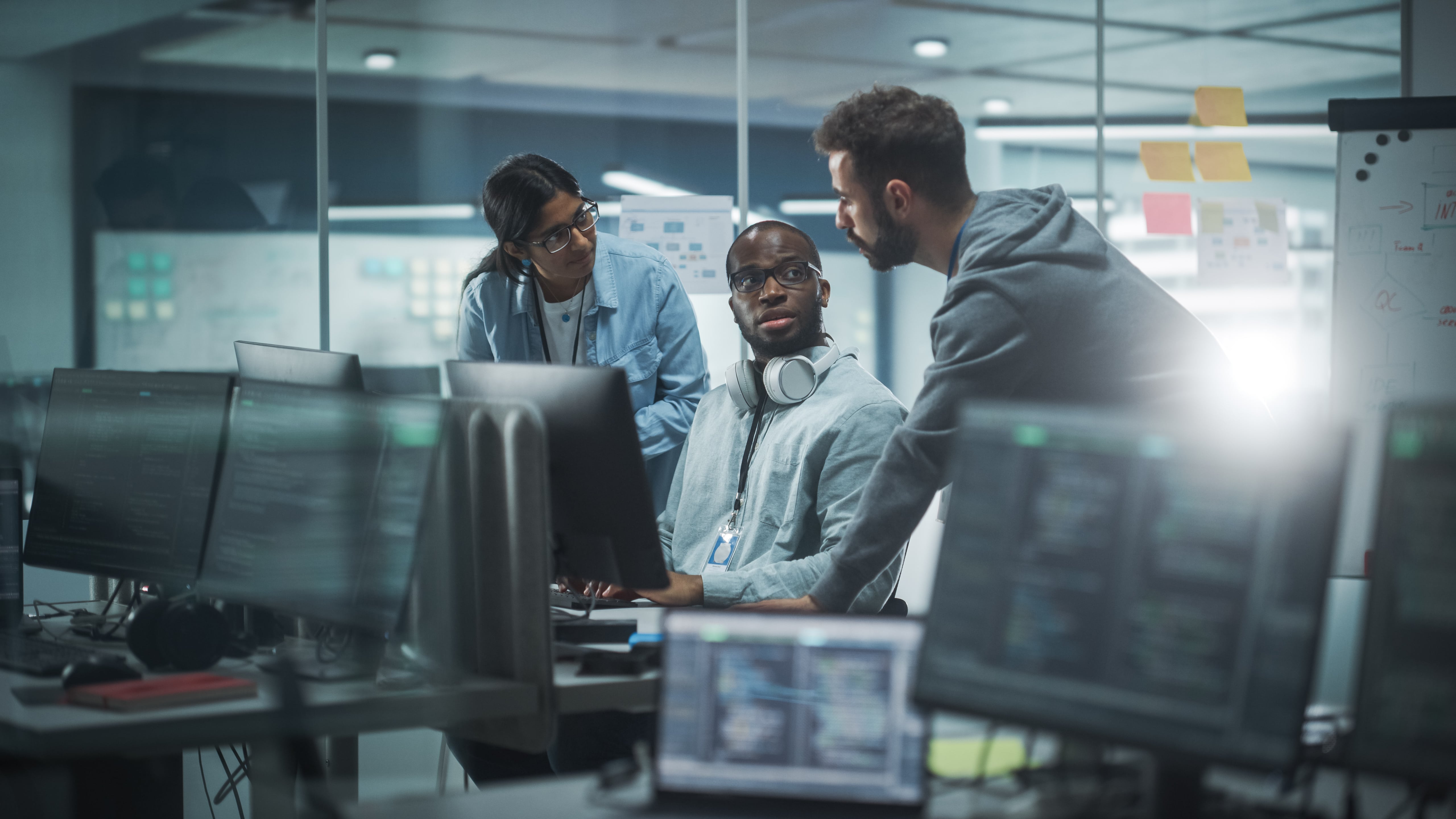