If you build it, they will come: Cyber-criminals are exploiting Latin America’s new digital economy 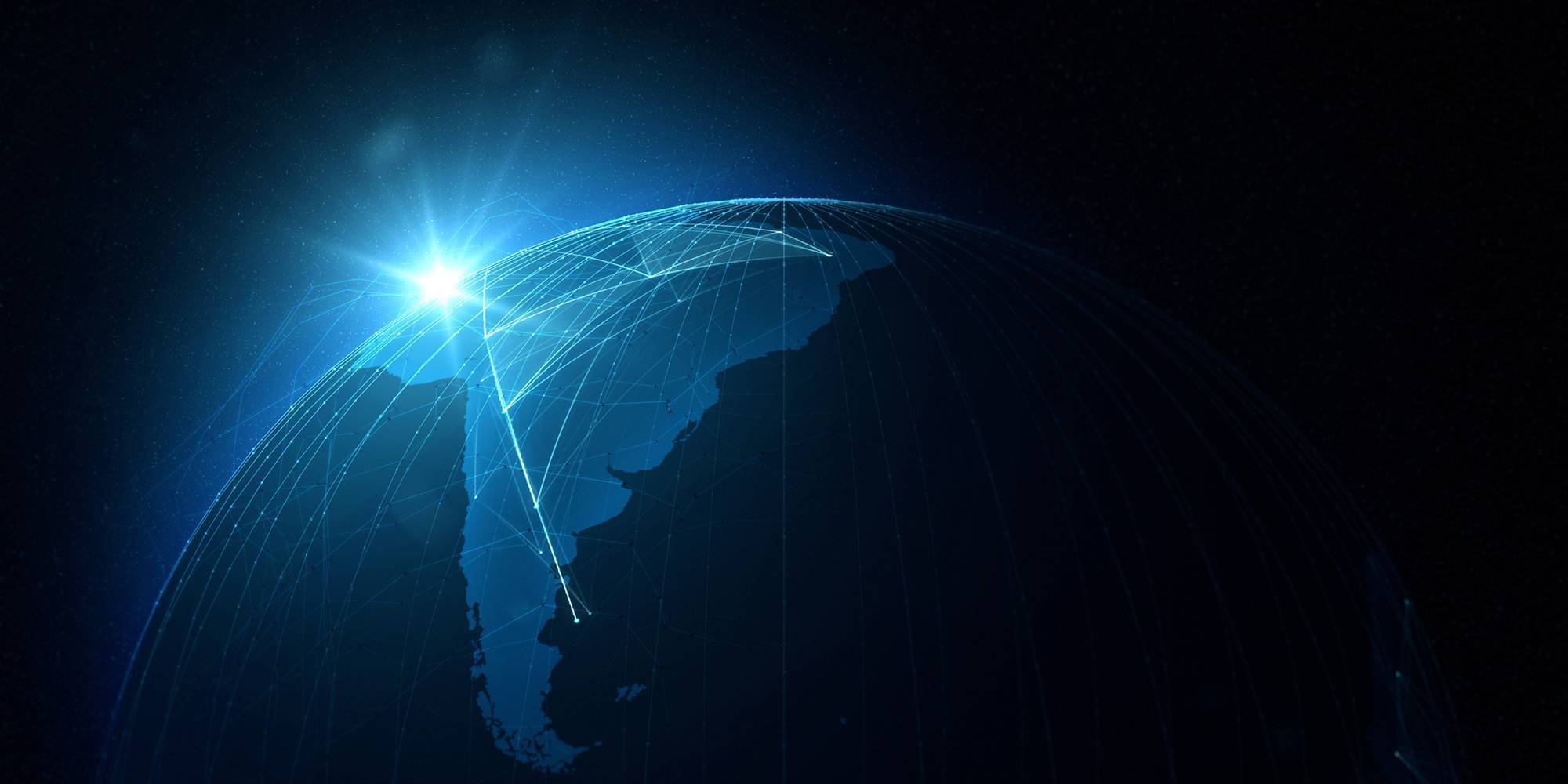 Over the past decade, Latin America has transitioned from a majority analog region to a predominantly digital one.

But as its companies and governments embrace internet technologies at a breakneck pace, cyber security concerns have frequently taken a back seat. The number of internet users in Mexico, for instance, has grown by a staggering 13.4% annually since 2006, compared to a 3.3% annual increase in the United States. At the same time, the US spent considerably more on security solutions than all of Latin America combined, a discrepancy that experts anticipate will only widen in the coming years.

This dangerous combination of burgeoning networks and relatively lax cyber defenses has, unsurprisingly, attracted the attention of sophisticated online threat actors, who are now targeting the region with attacks designed to bypass conventional security tools. During the last few months, Darktrace detected a disproportionate barrage of such attacks against its Latin American customer base, three of which are examined below. From stealthy trojans to silent PowerShell attacks to subtle cloud-based threats, cyber-criminals are constantly innovating to compromise the personal information and intellectual property of the region’s 630 million residents. Safeguarding them will require a new approach to digitization — one that leverages AI to place cyber security at the very heart of the corporate network.

At a Latin American financial services company, a corporate desktop was seen downloading an EXE file from a rare external hostname. Following this download, the device generated multiple failed authentications with the credential “administrator” — an English word not frequently used in Spanish-speaking countries. The device then started sending rare EXE files with numeric names internally via SMB, before a few minutes later, multiple devices began beaconing to rare destinations never seen in the network before.

In the graph below, Darktrace’s Threat Visualizer captures the EXE file download and the resulting indicators of anomalous lateral movement. Every dot in the graph represents behavior that is atypical for the company’s unique users, devices, and network, as determined by Darktrace’s cyber AI algorithms, with darker colors corresponding to higher severity risks. These anomalous behaviors include the download of suspicious EXE files, connections to rare destinations, Kerberos authentication failures, and unusual internal transfers of EXE files via SMB.

Immediately after the download, the infected device was seen communicating with destinations that had never before been accessed from the network, as represented by the “100%” IP Rareness score shown in the box at the bottom right of this graph:

A subsequent analysis of the downloaded sample revealed that it was a live copy of the polymorphic Emotet banking trojan, which we examined on this blog in January. Whereas the Emotet trojan is notoriously difficult for traditional security tools to spot, the AI-powered approach to cyber defense managed to catch the threat because it provided an understanding of the company’s normal activity, allowing it to recognize Emotet’s key behaviors as abnormal.

These AI cyber defenses also proved critical in the defense of a technology start-up in another Latin American country, where a desktop was seen downloading a Python script from a rare location in Malaysia. Neither the desktop in question nor any other internal devices had ever connected to the external destination before, an early indicator of cyber-threat that signature-based security tools would have missed. The script was downloaded from a rare .com domain that included apparently legitimate strings like “windows”, but which was in fact not associated with Microsoft or other legitimate organizations.

Following the download, the device initiated an HTTP connection with the external destination using PowerShell, whereupon multiple company devices started communicating with this rare destination. But while this type of disguised attack has become popular among threat actors as a result of its ability to bypass traditional detection systems, AI anomaly detection flagged it right away as being unusual for the start-up’s particular traffic patterns, as illustrated by the graph below.

Download of script file and external communications with a suspicious rare external location.

At an international financial services firm based in Latin America, a Microsoft Office 365 user account that regularly authenticates from known Latin American locations suddenly started exhibiting unusual activity — authenticating many times from a rare IP address in Asia-Pacific. Darktrace AI immediately flagged the event as highly unusual, since the business has few ties to the Asia-Pacific region. This early detection of anomalous credential behavior revealed a breach in the use of the corporate SaaS service, a breach that could have escalated to compromise other Office 365 users had the firm not caught it in its nascent stage.

An anomalously high number of SaaS authentications occurred in a short time interval — from a rare location for the customer.

In light of Latin America’s rapid digitalization and increasingly lucrative virtual assets, existing security vulnerabilities that were not significant several years — or even months — ago are now being exploited by cyber-criminals. Indeed, the high value of their potential compromises incentivizes these criminals to create malware specifically tailored to Latin American targets, which promise to cause major disruptions, inflict significant financial and intellectual property losses, and entail incalculable reputational costs.

In this climate, it is imperative that companies and governments take a step back from their digital transformation projects to make cyber defense a core aspect of their organization, rather than an afterthought. And only with AI defenses at the center of such projects can they durably shape the region’s new economy.

Stay up to date on the latest industry news and insights.‍Right in your inbox.
Thank you! Your submission has been received!
Oops! Something went wrong while submitting the form.
You can unsubscribe at any time. Privacy Policy
CATEGORIES
PREVENT
RESPOND
Cloud
Ransomware
Inside the SOC
Thought Leadership
Email
Crypto
Threat Finds
OT
USE CASES
No items found.
PRODUCT SPOTLIGHT
No items found.
COre coverage
No items found.
RELATED BLOGS
No items found.
No items found.
Trending blogs
1
9 stages of ransomware: How AI responds at every stage
Dec 23, 2021
2
Data exfiltration in Latin America
Jul 20, 2021
3
Darktrace email finds: IT impersonation attack
Jul 24, 2020
4
Zak Brown on innovation and cyber security at McLaren
May 3, 2022
5
Pulling back the curtain on Grief ransomware
May 26, 2022
This Article
If you build it, they will come: Cyber-criminals are exploiting Latin America’s new digital economy
Share